About the nuclear plant 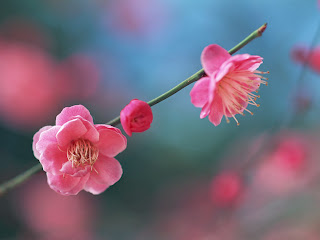 As everyone knows already, our nuclear plant is still in serious situation. Within a week from the earthquake, four of the reactors had big explosions, and now they are causing dangerous radiation leak.

Fukushima nuclear plant was well prepared with redundant backup cooling systems. Not to mention the ability to stop nuclear reactions immediately, even with the unpredictable M9.0 earthquake. (We had good reasons to be confident about our nuclear safety)

They've built a big bank, which can stand against tsunami as high as 7m. But no one ever imagined that there could be 10m high tsunami. Fukushima nuclear complex had bunch of emergency diesel generators, even a huge tank to store the fuel, but all these things were washed away.

Since the nuclear reactors have been automatically stopped, the controllers completely lost the electricity source. All the high-tech safety systems suddenly turned out to be useless.

At first, not so many people were aware of probable hydrogen explosions. Every possible treatment was postponed until the moment when situation got irreversibly bad. Our final solution was to pump sea water in, which also meant to abandon the reactors, but all these important decisions were delayed.

There are many courageous people at Fukushima nuclear plant pumping the sea water into reactors. Due to high radiation, each person can work only several minutes at a time, and they know they're risking their own lives.

I grew up in Tokyo. My life was always surrounded by electricity and high-tech products. I'm very thankful to all these practical inventions, but now we've learned that the result of our luxurious life can be a disaster.