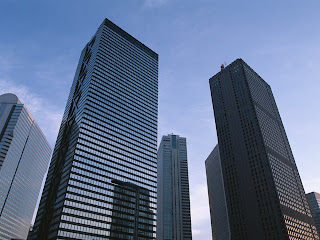 I know how the world is looking at us now. Due to this nuclear disaster, we're considered one of the most dangerous country in the world. Not to speak of it's capital city... but I want to explain something about Tokyo.

There are over 13,000,000 people still living in this city, including myself.
Here, people are working, kids go to school, we're shopping at supermarkets. But it doesn't mean that we're unaware of radioactive substances. Indeed, we know that our environment has changed since that day.

We are 250km away from the plant, which means we're not irrelevant. Our radiation is measured and announced everyday on the Internet. We're monitoring it's movement. Following data are from Tokyo central area.


You can't just compare these numbers, because they're all coming from different data sources, and I omitted the data for 134Cs and 137Cs. It's not for the accuracy, but to see the tendency.

It's clear that the radiation in the air increases accordingly with the rain (rather than winds). Also the water at reservoir, was highly contaminated when it rained. Then few days after that, tap water showed it's peak. So we can estimate that there are possible time difference between reservoir and tap.

Here are the questions:
Can we tolerate this amount of radiation? -- Yes.
Can we still live in Tokyo? -- Yes.
Are we happy with this? -- No.

Well, it's really difficult to say how "safe" it is, because safety always depends on what to compare. Long time ago during World War II, we had 2 atomic bombs and people in Hiroshima and Nagasaki went through radiation. It's somehow ironic that in time of peace, we have radiation again from our own technology.

I'm the one who was really scared with this accident. I still have lots of anxiety. But I'm still here. So if you're living outside of Japan, please don't get scared too much. I bet you're safe. And if you are still concerned, you can study about clean energies like geothermal and tidal power. Please discuss openly about these possibilities with your friends and family.
So we can dream of better future.